Two recipients received civic medal awards in 2017 and one recipient received the Honorary Freeman of Horwich. 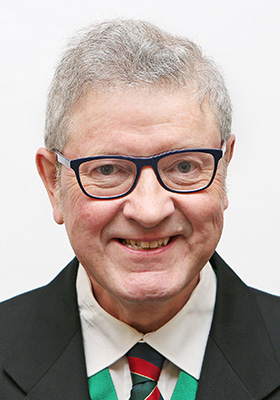 The title of Honorary Freeman is the highest honour that the Town Council can award and is reserved for those individuals in recognition of exceptional and continuous service to Horwich, in both a civic and voluntary capacity.

Born in Farnworth and worked as a school’s career adviser, Kevan first moved to Horwich in 1981 and his long involvement with local government began in 1983 when he was elected to Horwich Town Council and Bolton Council. He became Mayor of Bolton in 2001 and was Town Mayor of Horwich in 1987 and 2004.

He was one of the leading figures involved in the renovation of the Market Place in Bolton in 1990. He was especially concerned at the issue of unemployment following the closure of Horwich Loco Works and was one of the driving forces in the development of Middlebrook Retail Park and Horwich Community Centre (formerly Resource Centre) also including the Horwich Heritage Centre.

His dedication to Horwich was recognised with an MBE in the Millennium Honours List. A Labour Councillor, he served on Bolton Council until 2003. Kevan continued to serve on Horwich Town Council until 2015, having been persuaded to come out of retirement in 2011 and served as Leader of the Council until 2014. 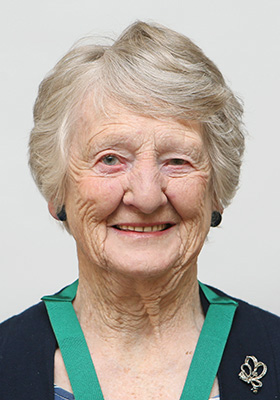 Irene was born and bred in Horwich. She was the Guide Lieutenant of Horwich Parish Church Girl Guides from 1960 to 1970, gaining her Campers Licence and the responsibility of running the annual guide camp. For the next four years she started and ran Horwich’s first Guide Ranger Unit for 16 – 18 year olds.

Irene has been involved with Horwich Parish Church for most of her adult life as a valued member of the Church Parochial Council, and a school governor at Horwich Parish Primary School for more than thirty years.

Irene represented Horwich as a magistrate on the Bolton Bench and during thirty years’ service sat on the Adult, Youth and Domestic courts. Irene has also found time to be involved in fundraising activities as an active member of Horwich Inner Wheel, the Women’s Institute and the RNLI charity.

At 88 years young, still helping with church cleaning and helping to pack Christmas boxes for the Samaritans Purse Charity, Irene is a continuing example of selfless service to the community. 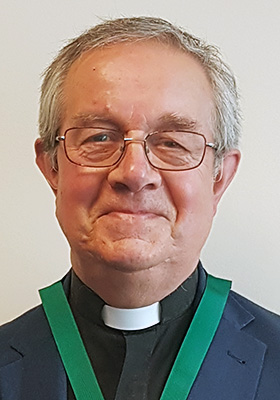 Terry has served the community of Horwich for most of his life, particularly through his voluntary work for St Catherine’s Church where he has fulfilled many roles including Church Warden and a member of Deane Deanery Synod for forty eight years.

Terry has served as non-stipendiary vicar in the Horwich and Rivington Anglican churches for over 20 years until his retirement in 2016. He served as Chaplain to the Air training Corps (ATC), Chair of Governors at St Catherine’s CE Primary School, Chair of Churches Together in Horwich and Rivington and was instrumental in leading the ecumenical service on Carnival Sunday.

An immensely well-known and popular figure in Horwich and following retirement still officiated at funerals, at the request of loved ones, as well as visiting nursing homes, the sick and the housebound to offer communion. Terry and his wife Sandra will be leaving Horwich in 2017 to live closer to their family in Exeter.

The Town Council will award two Civic Medals in 2019. If you know of anyone who you think deserves the recognition of their fellow citizens, please make a nomination to the Town Clerk giving the fullest possible details of the nominee. Nominations will remain confidential, but those who nominate the successful recipients will be informed close to the time of the award of the medals.

For more information on previous recipients, choose a year when the awards were made: